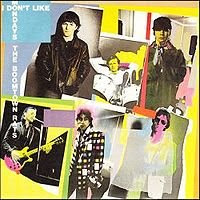 I Don't Like Mondays is the most famous Rats song vying with Do They Know It's Christmas? as Geldof's most well known composition. The story behind the song is pretty well known. On the morning of Monday 29th January 1979 in San Diego, a 16-year-old schoolgirl, Brenda Spencer, took the .22 calibre gun her father had given her as a Christmas present and aimed it at the school playground directly opposite her family home. She killed two men and injured eight children.

Her explanation for doing this was "I don't like Mondays, it livens up the day."

Geldof claims he was doing an interview in Atlanta with Johnnie Fingers when the news story came through on the telex and started writing the song the same day.
However when Mondays was performed for the first time in San Diego itself on 27th February 1979, he claimed to have read about the incident in the newspapers and saw it on the televison in London. The first rendition

To quote Geldof from the San Diego concerts....

San Diego 28th Feb 1979 - "...what happened was we were watching the box in London and next minute san diego came on the tv screen and there was a picture of this girl I think Brenda Spencer....."

This is a more likely, if less interesting, explanation, especially as Geldof was probably not in the US at the time. Geldof and Fingers did tour the US in January 1979 and visited a number of radio stations but at the time of the incident it is likely they had returned to London.

The alternative account from Is That is? is littered with inconsistencies such as the incident happening four months previous rather than just one month. This is Paul Vallely, his ghost writer, using his creative licence.

And the lesson today is how to die

Which was an apt statement for the day, albeit in the context of a song about a spree killer. Interestingly, this was the first school shooting of its kind, a phenomenon that culminated in the infamous Columbine tragedy.

The song entered the UK charts at number 15 and reached number one the following week and stayed there for four weeks. It didn't fare so well in the United States thanks to the song being more or less banned from the radio, and peaked at number 73.

It also represented the commercial peak of The Boomtown Rats, A Tonic for the Troops re-entered the UK album charts on the back of the success of I Don't Like Mondays. For a short period they were arguably the biggest band in the British Isles. 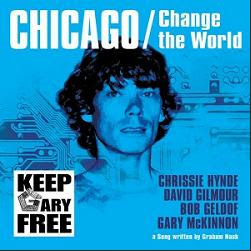