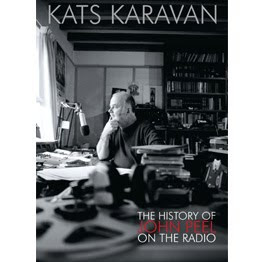 A lavishly packaged 4cd set contains singles and Peel session recordings by some of John’s favourite artists including The Boomtown Rats, he was a fan in the early days, but I think he changed his mind about the Rats as time went on....

"We keep getting sessions planned with them, new sessions for us which, for one reason or another, they don't seem to be able to do. Perhaps we've got one lined up for early in the new year, perhaps they'll do one. It would be very nice if they did anyway because, although they're famous and so on, it would still be nice to get a session out of them."

Anyway, they did a couple and Looking After No. 1 does feature on disc 1 of Kats Karavan. If you don't have the Crazy single, here's your chance to grab it. (Available for single download at Amazon) http://www.amazon.co.uk/Kats-Karavan-History-John-Radio/dp/B002N1BNXC
at 8:16 pm No comments: