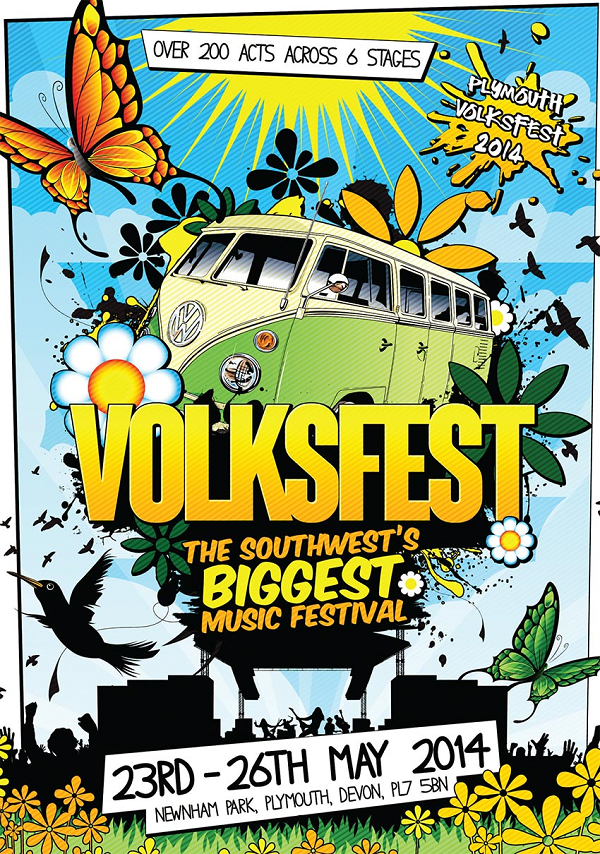 A surge of affection and sympathy flowed from audience to stage at Plymouth’s Volksfest last night (Sunday) as Sir Bob Geldof led the Boomtown Rats through a triumphant headline performance.

It was the singer’s first show since the death of his daughter, Peaches.

Sir Bob made no direct reference to his tragic loss. But, while delivering an impassioned rendition of the band’s 1979 number one single I Don’t Like Mondays, he paused for several seconds after the line: “What reason do you need to die?”, leaning slightly on his microphone stand and staring out across the crowd.

A momentary silence was followed by ripples of applause and muffled cheers, but principally an overwhelming sense of solidarity and understated acknowledgement of Sir Bob’s grief.

Appearing relaxed and unified, the band who emerged from Ireland in the late 1970s and reformed last summer after 27 years, were on top form.

Delivering a tight, high-energy set – featuring a bombardment of hits including She’s So Modern, Like Clockwork, Rat Trap and Mary of the Fourth Form – their appearance was both the highlight and grand finale of the three-day music and VW celebration held at Newnham Park, near Plympton.

Sir Bob Geldof bravely hid his grief when he played his first gig since the death of his daughter Peaches.

The Live Aid founder took to the stage with the Boomtown Rats on Sunday evening at this year's Volksfest festival in Plymouth, Devon.

Dressed in a flamboyant snakeskin suit, the music legend jumped around the stage in typical rock star style throughout the hour and 15 minute set.

Sir Bob, 62, told thousands of fans he was pleased to see them as the reunited band reeled off their greatest hits from the seventies and eighties.

At one point he asked the crowd: "How mega do you think my f***ing jacket is?"

There was no mention of his eldest daughter Peaches, 25, who died from a suspected drugs overdose six weeks ago.

But during an impassioned rendition of his band's 1979 number one single I Don't Like Mondays he paused for several seconds after the line: "What reason do you need to die?"

As he briefly stopped he leaned slightly on his microphone stand and stared out across the crowd.

The audience stood silent before ripples of applause broke out as Sir Bob carried on with the rest of the song.

Boomtown Rats fan Daniel Williams, of Plymouth, Devon was at the gig on Sunday evening and described the atmosphere as "electric".

"He kept commenting on how mental and mad the crowd was and everyone was loving it.

"He was jumping around the stage a lot - he seemed to be having a really good time.

"When I heard he had 100 per cent confirmed I was a little surprised given everything that's happened.

"Everyone was jumping and singing along - the atmosphere was electric."

One audience member said: "He put on a remarkable show in the circumstances.

"He must be hurting deep down but there was no sign of that and he was a real pro.

"We thought he might have said something or devoted a song to Peaches perhaps but there was no mention of her."

Peaches, a mother-of-two, was found dead at her home in Wrotham, Kent, on April 7.

An inquest heard the likely cause of her death was an overdose of heroin - the same drug that killed her mother Paula Yates in 2000.

The Boomtown Rats - best know for their number 1 single 'I Don't Like Mondays' - broke-up in 1986 but reformed last year.