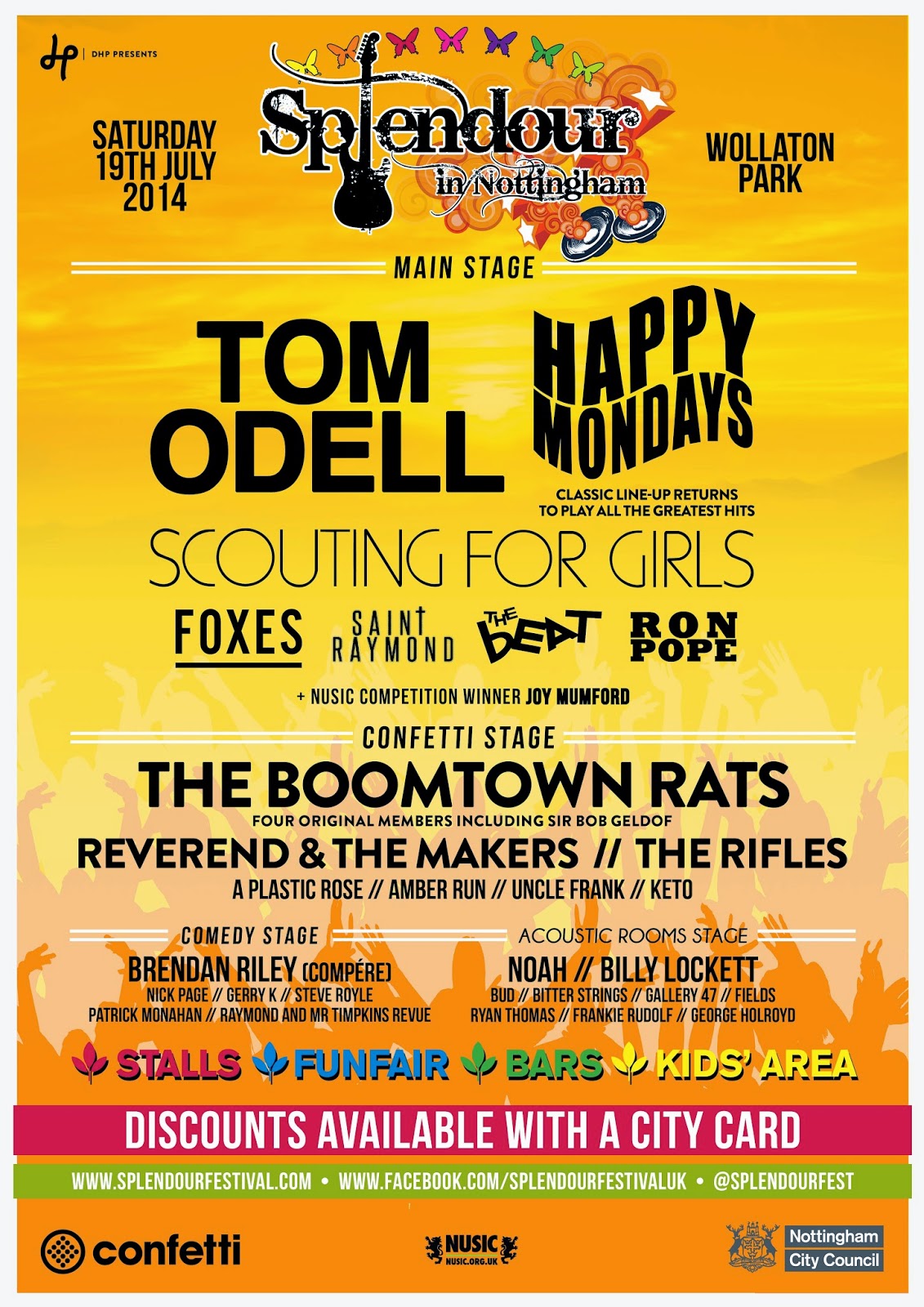 Bob Geldof and co. appear in a flurry of sirens, the frontman's shaggy grey mane instantly recognisable in what he describes as a "pretend snakeskin suit".

You might be forgiven for thinking that Bob might cut a desolate figure given the hand he has been dealt so far in 2014, but he's nothing of the sort.

While the iffy PA system occasionally crackles under the weight of the Boomtown Rats sound, Bob is undeterred, launching into a harmonica solo as he whips his scraggly mop around and ends half-wrestling half-cuddling on the floor with guitarist Garry Roberts.


I Don't Like Mondays is of course the highlight, but the crowd fortunately/unfortunately ignore Bob's instructions to take off all their clothes.

The Boomtown Rats' sound is uncompromising and Bob and his mates are showing no sign of slowing down any time soon. Energetic to the very last moment of the encore, they depart to the sound of sirens that they arrived on the Confetti Stage to and more than a few will have questioned why they weren't given top billing on the Main Stage.

SIMON Crowe is very modest about the Boomtown Rats' achievements.

"I like to think that we managed to rise above the level of being a pub band but sometimes I'm not sure," laughs the 62-year-old drummer.

Now they're playing festivals up and down the country this summer ahead of a major autumn tour. So why wait 27 years to do it all over again?

"It felt like there was enough water under the bridge now for us to get back together," he says.

"We weren't sure to begin with but once we all met up and tried to put the whole thing together we thought it would work."

Crowe thinks that their songs fit the modern era better than they did in the 70s and 80s.

"I can't put my finger on why that should be but I guess it shows how nothing is set forever – things sound different to different generations," he says.

The band all hail from the same part of Dublin.

Crowe went to school with Garry Roberts, the guitarist in the band, and lived in the house next door to Bob Geldof's aunt.

"We were all at college together and just got into playing music as something to do on a Saturday afternoon.

"We weren't established musicians or anything so we didn't have big aspirations."

He says he fell into playing drums because everyone he knew at school played guitar and sang Dylan and Beatles songs.

"I thought I better do something different otherwise I wouldn't get anywhere. I knew a friend who had a drum kit so it really started from there."

"It's great how there's so much more of a festival scene today as well – it lends itself to band culture."

Live music is where a band prove their worth, says Crowe.

"It's the acid test for any band – you have to create a dynamic for the whole show with the songs you've got.

"That's why I don't have a favourite song to play live because it's like saying which brick is best when you like the whole wall – it doesn't matter."

With the Boomtown Rats playing again, it seems like that there may be some new material on the horizon.

"We recorded a few tracks last year but I can't see us adding much to that this year because we're so busy.

"When we play Splendour we'll be coming from Guildford up to Nottingham then on to Scotland the following day – it's a lot of travelling for a group of old duffers!"

They played Rock City in Nottingham last year and got a great reception.

"We went down really well when we came here – I remember it being a great gig. Nottingham's a great city – I remember having a lot of fun when we were there."

It's safe to say their Splendour performance will be equally crowd pleasing.

"We've got nothing to prove and no single to promote or anything so we can go out there and play all the hits.

"We hope people will hear the one song they remember then recognise the next one and have a really good time!"