Tonight, of all nights, The Boomtown Rats were the featured artists on BBC Radio 4s Mastertapes, the series which looks back at a key album from an artist's career.

This recording of the programme took place at the BBCs Maida Vale studios where the band recorded their Peel sessions back in the late 1970s. 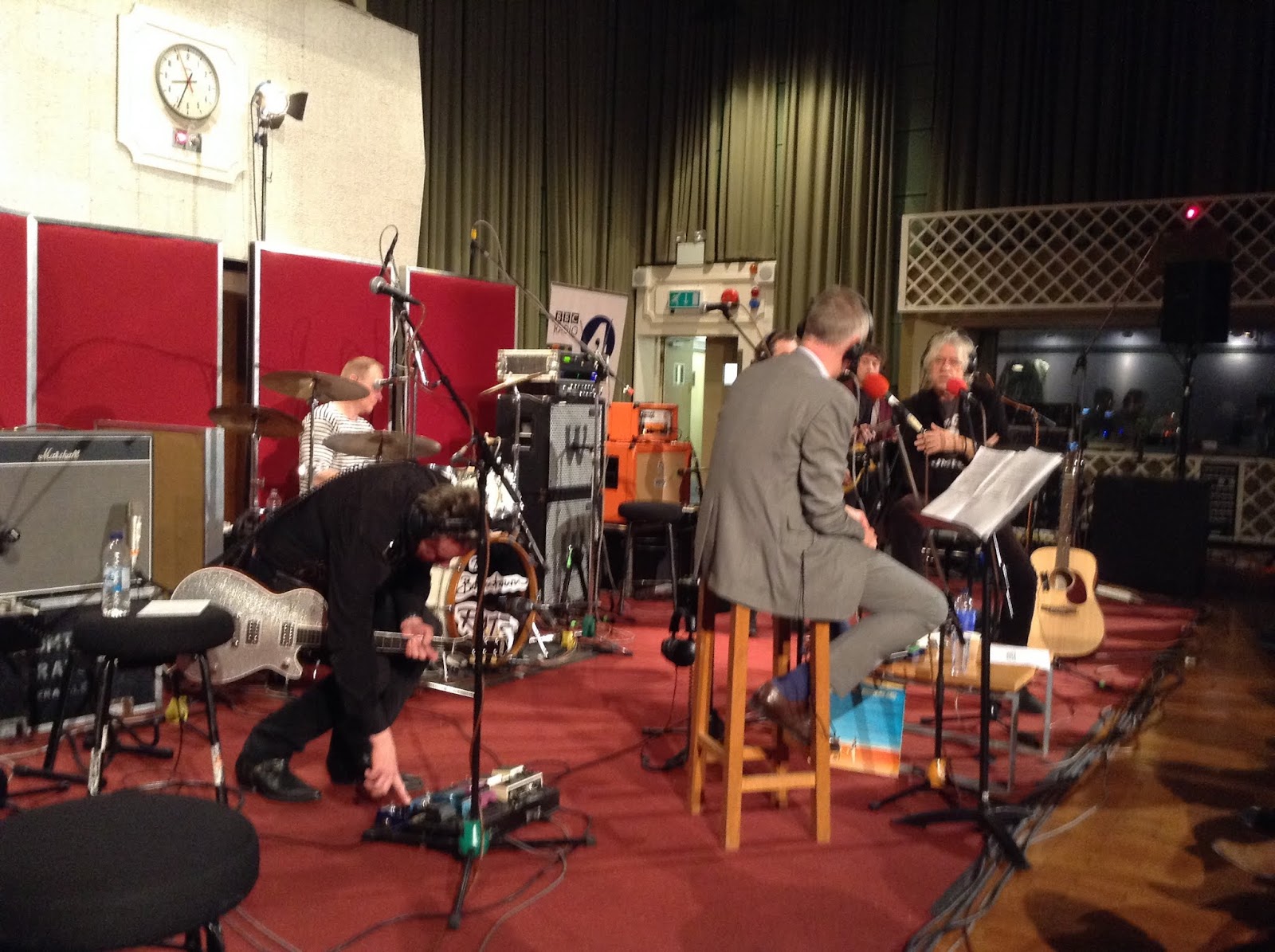 I arrived at about 4.30pm with no one waiting outside the studio.  So I headed to the local and was quite well oiled when three of us headed to the venue at about 6.15pm, a whole quarter of an hour before the doors were due to open only to be told it was full and no one else was getting in!

We were late because we were sent emails saying "You and those on your ticket will be given priority entrance to the event." so saw no need to get there that early. 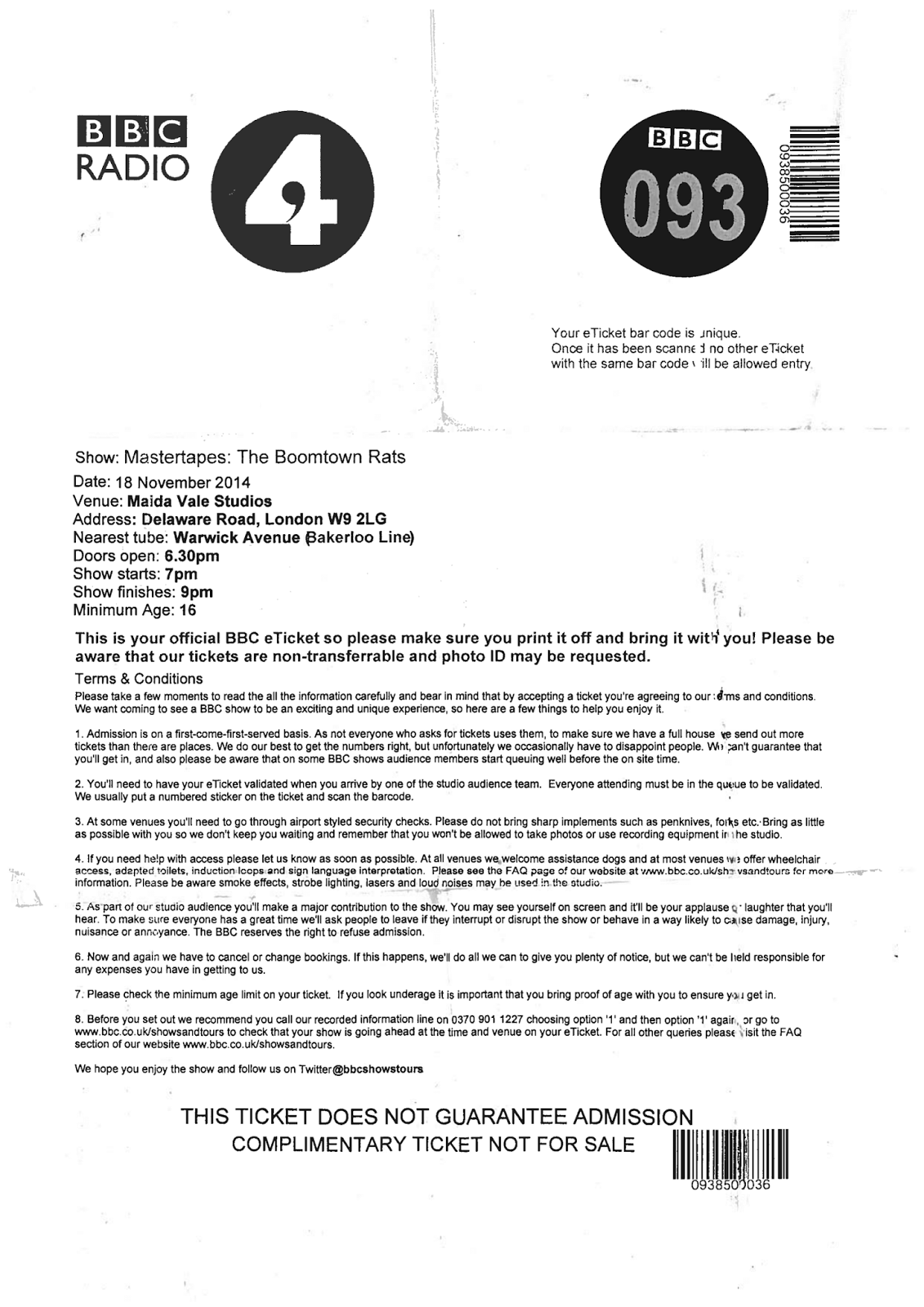 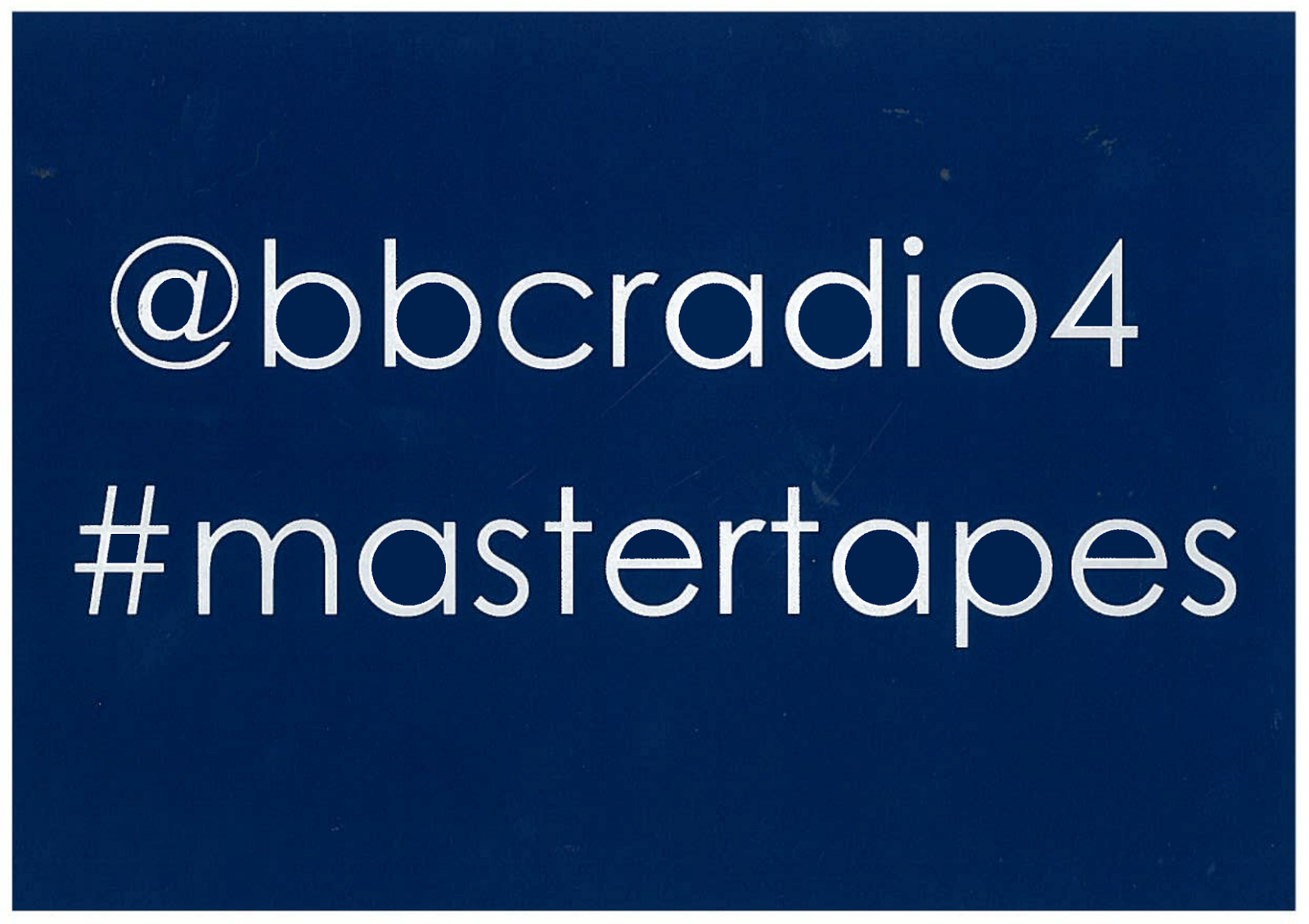 I was a bit hacked off at that point thinking I had made a massive mistake considering I could have queued for a couple of hours, but then someone confirmed we had questions and were to be admitted, so we were taken down into the bowels of the studio where we waited outside the studio door to be let in.   No queuing for us!

We politely let the others with questions in ahead of us.  They all filed into the second row from the front, and as we were sitting down in the third row, we were told to get up and go and sit in the front row!

Turned out these were pretty much the best seats in the house, as the way the stage was set up John Wilson who was doing the interviewing had his back to us, but Geldof whilst side on to much of the audience directly faced us.

The Rats kicked off with the riff from Rat Trap which we were told to applaud enthusiastically, absolutely no issue for me.   They opened with She's So Modern.  I noticed various audience members recording and taking photographs which I didn't believe was permitted,   Anyway as everyone was seated, and there was no one in front of me, I got my iPad out (which I had only taken along to stave off boredom in the queue) and recorded Rat Trap, Like Clockwork, Howard Hughes and Eva Braun.

The interview was captivating. Geldof dominated proceedings, but the other three did chip in from time to time.  There was a lot about Mutt Lange and his input with Pete admitting that Mutt came up with the bass line in Rat Trap and Bob playing the song acoustically to explain what Mutt brought to the song.  I also recorded that bit.  Bob talked about writing Eva Braun and Howard Hughes in the same day. If only he could have more days like that.

I even got my moment in the sun when I asked my question.  I even had to stand up so people could see me in my full Dennis the Menace regalia.   I was a little apprehensive as I was asking if Geldof was the best singer in the Rats.  He said no, and then gave a really interesting answer about how Simon and Mutt Lange provided the harmonies, Garry interjected to say Geldof's presence and performance made him a great front man which I wholeheartedly agree with. 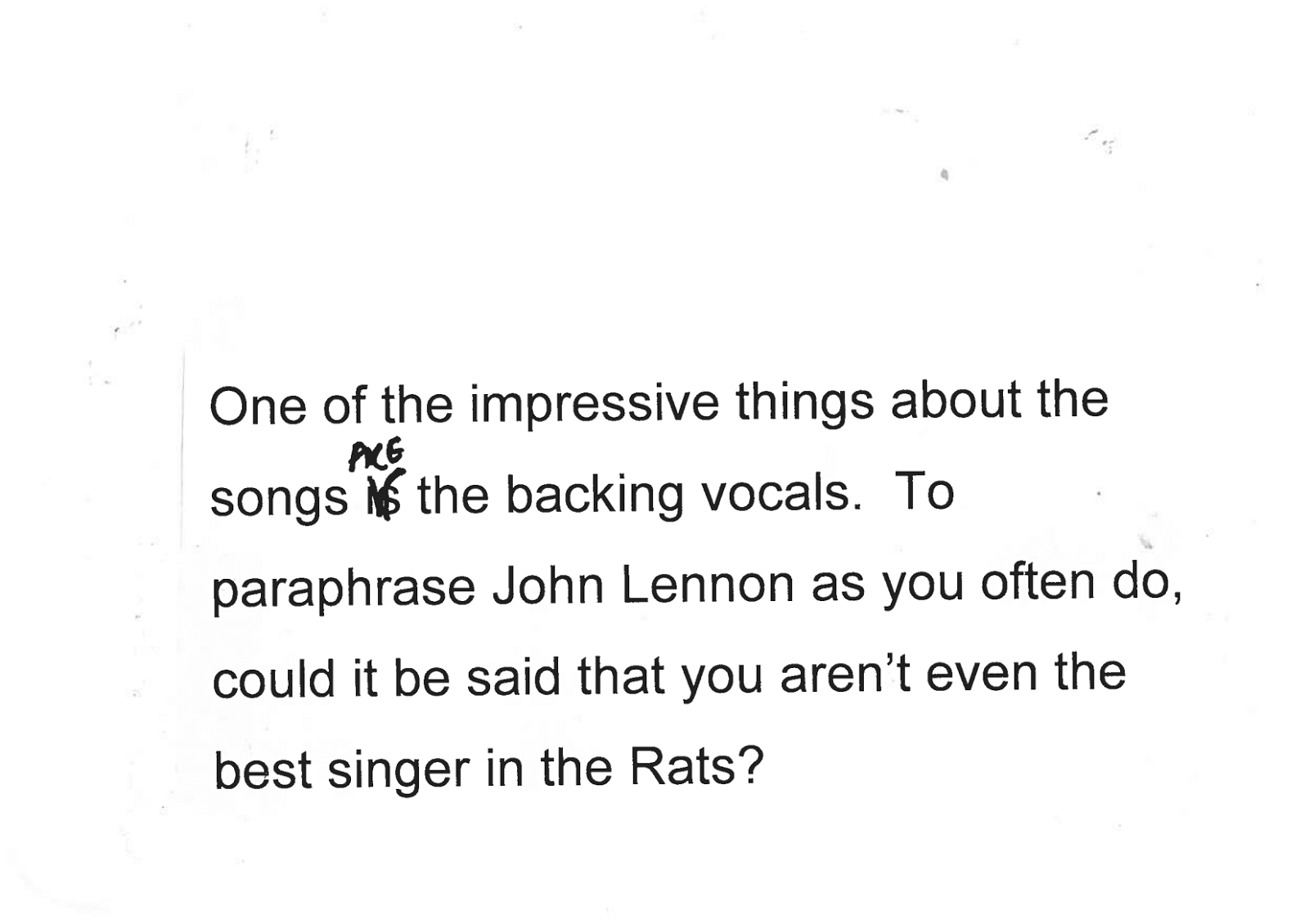 I suspect there will be a fair amount of cutting, Some of Bob's more colourful answers definitely won't be broadcast, because John Wilson repeated a couple of questions saying that his first answer wouldn't be going out on Radio 4 at three in the afternoon!

The show ended at 9pm, which left two hours of further drinking time with friends, where we looked back at my footage and talked music until closing time.

It was an absolutely superb evening on a par with getting to play at Highbury and meeting Charlie George before they dug up the pitch.  Truly a once in a lifetime money can't buy experience, well except for those good people who bid £550 to win the eBay/Children in Need auction. The best night out this decade!

The show will be broadcast on Radio 4 in two parts on the 1st and 2nd December 2014. 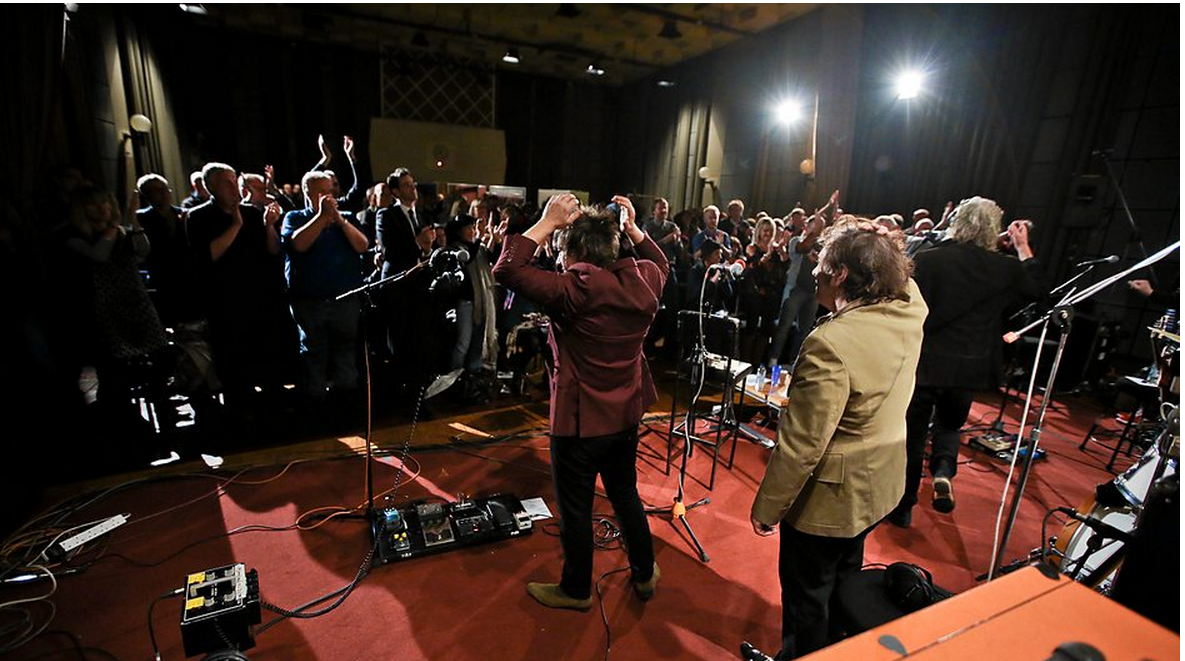 Bob Geldof and the rest of The Boomtown Rats talk to John Wilson (son of the great Bob Wilson from the 1971 double winning Arsenal team) about their 1978 album A Tonic for the Troops.

Named after a gang in Woody Guthrie's autobiography, The Boomtown Rats had a series of hits between 1977 and 1985. Signed by Ensign Records in 1977 when punk rock exploded in Britain, it was their second album A Tonic for the Troops, with tracks like She's So Modern, Like Clockwork and Me and Howard Hughes, that brought them their first number one hit with Rat Trap.

It's an album that treats dark themes like suicide and euthanasia in an often upbeat, pop-punk style - one critic described the track Eva Braun as "the happiest, cheeriest, best upbeat song about Hitler ever written." And another said "Vintage superstars who look like eyesores and sound like dinosaurs should carefully study this album."

The band broke-up in 1986, but original members Simon Crowe, Garry Roberts, Pete Briquette and Bob Geldof (together with new members Alan Dunn and Darren Beale) reformed to tour the UK in 2014.