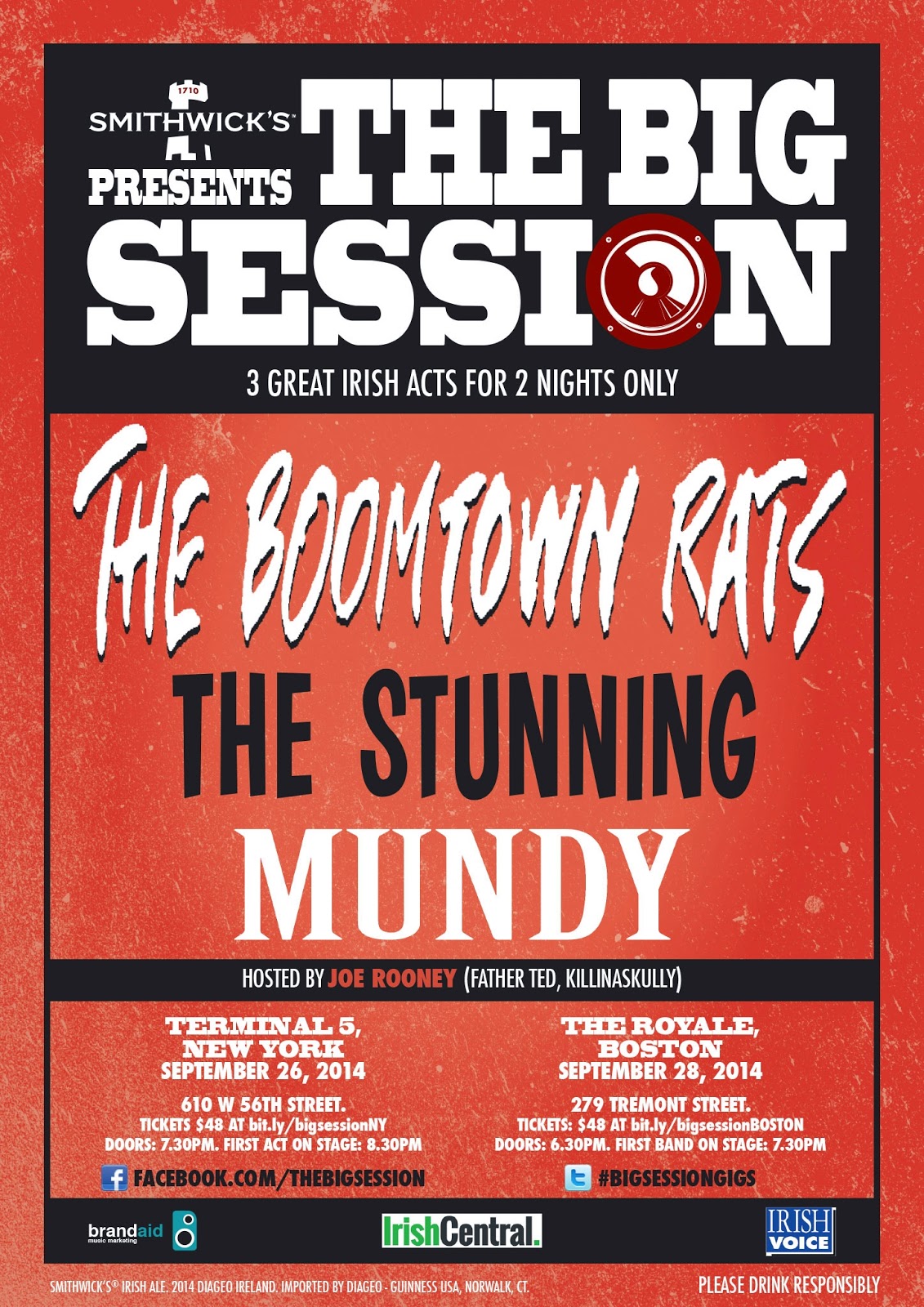 BY JULIET PENNINGTON FOR THE SUN CHRONICLE
BOSTON - Prior to playing the Isle of Wight Festival in England in 2013, The Boomtown Rats hadn't performed together live together for 27 years.
But once the Irish punk-pop-new wave band, fronted by Live Aid founder Bob Geldof, reunited, they decided to do more shows together and have been doing just that for more than a year.
The Boomtown Rats, who were more popular in their native Ireland and in the United Kingdom than in the States during their heyday in the late 1970s to mid-1980s, only had two dates in the U.S. on their current tour - one in New York City on Friday night and one at the Royale in Boston on Sunday night.
Playing to a packed house, the six-member ensemble (four of whom were original band members, the two missing ones being Johnnie Fingers and Gerry Cott) pulled out all the stops to entertain the mostly middle-age crowd. Their 13-song, 90-minute set saw Geldof - whose appealing, Dublin-accented voice is still strong - flitting around the stage in near-constant motion the entire time. His shaggy mane of once brown hair is now a mix of gray and white and he has a few wrinkles here and there, but Geldof is still lean and energetic with his Mick Jagger-like moves.
The 62-year-old lead singer and noted philanthropist (he was even knighted by the Queen of England for his efforts to eradicate hunger in Africa) engaged the crowd in light banter between songs, talking about how some of band's numbers from the early days are still relevant today. Among them, "Someone's Looking at You," the third single off the 1979 album, "The Fine Art of Surfacing," about paranoia and Big Brother.
Then there's the somber (and sadly prescient) ballad, "I Don't Like Mondays," which was also the band's biggest hit and a clear crowd favorite. It tells the story of a San Diego teenager who fired 30 rounds of ammunition at children and adults entering an elementary school in January 1979. The shooting left two people dead and nine wounded, and when police asked the shooter why she did it, one of the reasons she gave was that she didn't like Mondays.
Other crowd-pleasers included the opening number, "(I Never Loved) Eva Braun," off the 1978 album, "Tonic for the Troops." It seemed as if everyone in the venue sang along to the song's "la la la la la la la" refrain. The high-energy, new wave-sounding "She's So Modern," also off "Tonic for the Troops," had everyone dancing, as did "Mary of the Fourth Form," which the band turned into a medley that included "I Wanna Be Your Man," written by Paul McCartney and John Lennon for The Rolling Stones.
"Looking After Number One," the band's first single, released in 1977 on their eponymous debut album, saw Geldof strutting frantically on stage and improvising vocally. He seemed in his element as the crowd sang along enthusiastically to "Rat Trap," which reached No. 1 on the U.K. single charts in 1977. (The song, written by Geldof, bumped off "Summer Nights" from the "Grease" soundtrack, which had held the top spot for seven weeks.)
The Boomtown Rats closed the evening with a new number, a kind of rap-rock song called "The Boomtown Rats" where Geldof kept asking the audience what the name of his band is. They answered over and over, in unison and as loudly as possible with musical accompaniment.