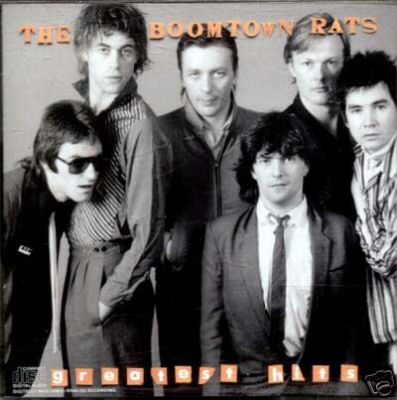 Interestingly enough, this was the first ever Rats compilation. Released in the US in 1987 (and on CD in 1990), it gathers together ten songs, of which only three or four could truly be considered to be hits, never mind greatest hits. It is skewed towards the latter years, six of the tracks coming from the weaker albums Mondo Bongo/V Deep, with only four from the preceding albums.

Avoid, unless you really have to have everything!
at 4:35 pm No comments: