Bob Bradbury from Hello, is the latest singer/bassist to step into the shoes of Geldof and Briquette.

He played with the Rats at The Queens, Bromyard (on 5th November) and at the 70s weekend at The Unity Resort, Brean Sands, Somerset (on 6th November).

It is unknown if this is a permanent change to the line up.

There are some photographs with Bradbury sporting a pair of red trousers ala Geldof circa 1978, though definitely not quite as tight.

Busy time for The Rats and Geldof, though sadly still apart, as they tour Europe 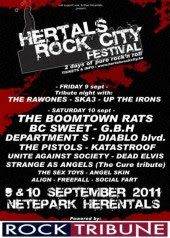 Mike Odlum, an old school friend of Roberts and Crowe has joined the new Rats lineup as vocalist and bassist.  At this juncture, it is not clear if this is a permanent change to the line-up.

If you would like to purchase advance tickets for £7 then please send an email to tickets@boomtownrats.co.uk
at 8:00 pm No comments:

This is like the gig from heaven. It's the Rats, it's cheap, and there's fcuking loads of beer! Get in there! Also it is a easy trip on the train for me.  Even my son (showing my age!) fancies it, so we might just camp for the night!

I have been informed this (along with the York date) have been postponed,and is showing as cancelled on the Factory ticket sales site .

No reasons have been given for the cancellation/postponement though it seems a bit premature to have been the result of poor ticket sales which have led to a number of Rats and Geldof concerts to be cancelled in recent years.

Best check with the venue if you have bought tickets and require a refund.

The Rats will be playing FAC251. In homage to the Happy Mondays they won't be playing I Don't Like Mondays! (as if)

Also playing a gig in York the following evening. 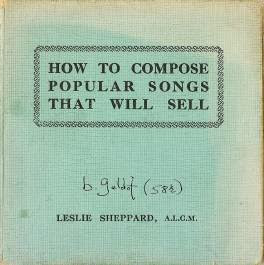