Down By The Jetty

Back in 1975, Canvey Island's finest released the album that would inspire a generation. Not only was it a major influence on The Boomtown Rats eponymous album, but also The Jam and other members of the class of 1976. What the Ramones did for stateside punk/new wave, The Feelgoods were doing this side of the pond. With its stark black and white cover, and recorded exclusively in mono, it was not of its time. So pay homage to Lee Brilleaux, Wilko Johnson, John 'Big Figure' Martin and John B. 'Sparko' Sparks! 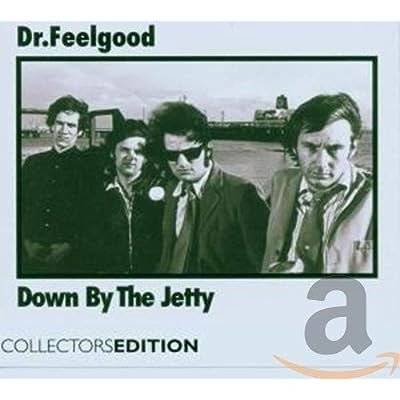 Dr. Feelgood were absolutely central to the Boomtown Rats. When I heard Down by the Jetty, it just fcuking blew me away. The Feelgoods were in it for me. Our early live set used to be their entire first album. When I heard the line 'Stand and watch the towers burning at the break of day', which was about the Canvey Island burn-offs, I realised that it wasn't enough for music to sound good. It had to mean something, to reflect where you came from. - Bob Geldof

[From the sleevenotes - Down By The Jetty COLLECTORSEDITION] 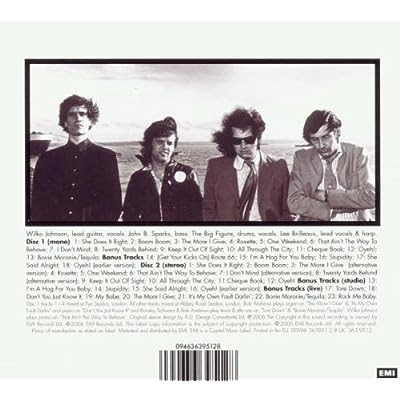 I also recommend a visit to http://www.drfeelgood.de/albums.htm

As Bob Geldof can no longer take the views of his fans and has disassociated himself from the forum, I thought I'd better provide a link from here...