The Best of the Boomtown Rats

After twenty years in the making, The Boomtown Rats finally got the retrospective they deserved.

The two most familiar tracks are Rat Trap and I Don't Like Mondays, from the Boomtown Rats heyday in 1978-1979. The two number one singles that were sandwiched between the Grease phenomenon and the advent of the Police. For a short period, The Boomtown Rats, and in particular, Geldof and Paula Yates, were foremost in the nation's consciousness.

Before this thought, the Rats made some great songs including Joey's on the Street Again, Looking after Number One, Mary of the Fourth Form, She's So Modern and Like Clockwork; these tracks gave the Rats their early chart success. Neon Heart, I Never Loved Eva Braun, and I Can Make It If You Can also come from that prolific period. It is worth noting the version of I Can Make It If You Can on this CD is a live version rather than the studio version from their eponymous debut album.

Post I Don't like Mondays, the band started to lose affection from the public mainly, but unfairly, due to Geldof's celebrity. Diamond Smiles was released to indifference (it is possibly the weakest track on this collection), but there were further top five hits with the marvellous Someone's Looking at You and Banana Republic (Geldof's description of Ireland pre Celtic Tiger), before the Rats chart success went on the wane.

The melancholic Fall Down would make this CD worth the purchase price on its own had it not being abridged and sumptuous woodwind solo removed (Fortunately, the full version was latterly on the re-released Mondo Bongo) . 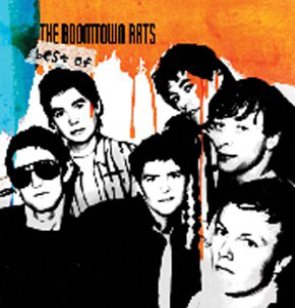 Nevertheless, the Rats continued to plug away and make some great music, including the fantastic House on Fire, one of their greatest moments, which is omitted from this collection.

In their last days, the Rats showed an impressive return to form with a great triumvirate of singles including Dave, a masterpiece that deserved a bigger audience.

Like any retrospective, it lacks some of the better album tracks (Howard Hughes, Kicks, Go Man Go), at the expense of some weak singles (Diamond Smiles, Never In a Million Years and Elephant's Graveyard), but that does not detract from the overall quality of this release.

All the tracks bar the live version of I Can Make It If You Can are on available on the remastered albums. It is probably only essential for less commited admirers who wouldn't consider obtaining all the remastered albums or for newer fans who want to delve beyond I Don't Like Monday and Rat Trap. A fantastic retrospective of what was acknowledged at the time to be the best new wave band. 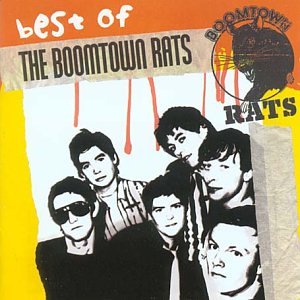 Essentially this is the UK single discography. Please note that this merely lists all the tracks on the various singles and doesn't delve into the the particular format (7"/12"/CD) the tracks appear on. Please email with any known omissions.